News from the chambers around the county

A Run Away Success Story Despite Difficult Times 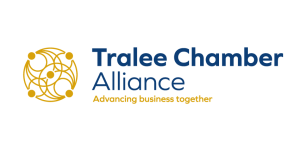 Public consultation on the new Kerry County Development Plan has been underway since early summer. As the county weighs up the socio-economic repercussions of lockdown, this timely plan will have a significant role to play in ensuring the success and prosperity of a region that has faced many challenges long before the arrival of Covid. In light of the dramatically changed circumstances, should we finally be exploring new, radical ways of living and doing business in Kerry? The Tralee Chamber Alliance believes so.

In its document, Submission on the Kerry County Development Plan 2022-2018, the Alliance maps out its vision for the region’s future, specifically Tralee, hailing sustainable development and increased urban density as key, and suggests innovative ways to achieve its goals.

“Tralee has done well as the administrative and social capital of the county, yet struggled to create economic growth and quality employment, so its population has stagnated. We think this should be a strategic focus of the County Development Plan. Tralee needs to hit the 30% population growth-target as mapped out in the Regional Spatial and Economic Strategy in order to reach its full potential,” says Ken Tobin, CEO of Tralee Chamber Alliance.

The Regional Spatial and Economic Strategy (RSES) was drawn up by the Southern Regional Assembly in 2019, and designated Tralee as a ‘Key Town’—a large urban centre that functions as a self-sustaining regional driver. Tralee’s current population stands at roughly 23k. Growing the population to just over 30k in the next six years will be no mean feat.

“We need positive, supportive action. This includes increasing good-quality, urban residential and commercial developments, investment in modern public transport, better use of empty premises, and significant development of public spaces. We want to see 137 new residences per year with an additional 225 jobs per annum.”

The Chamber recognises the opportunity for growth with Tralee becoming a University town following the successful merger of Cork IT and IT Tralee. They believe the County Development Plan must acknowledge the significance and potential of ‘knowledge infrastructure’ as an accelerant to commercial activity and development.

“With the formation of Munster Technology University, due for completion in 2021, we see a real opening for urban renewal by integrating student population, educational facilities and various other support industries into the fabric of Tralee. We want to see student accommodation brought back into the town centre, into existing over-shop vacant properties. This will give the town vitality and free up large blocks of residential stock for public and private family housing.”

Another key component of the Chamber’s proposal is the relocation of the Tralee Town Library to a town-centre brownfield site. 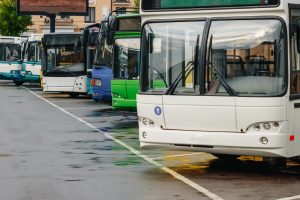 “There are plenty of public and privately owned development sites in town which would be perfect for a new, modern facility, one suitable for all ages. This could serve as a central focal point for all the secondary schools and educational organisations in Tralee, as well as providing an exciting new family, social resource. They’ve achieved this successfully in Killorglin and Dun Laoighaire. ”

An aging population is another important consideration for any future development plan. The Chamber Alliance proposes the creation of Central Community Hubs for the elderly and suggests any lands vacated by the Town Library in Moyderwell would be ideally suited for elderly accommodation, complimenting the existing successful projects in Tobar Naofa. This hub could eventually connect to a development at Geal Cholaiste Chiarrai which is currently being relocated.

“This type of development would revitalise commercial activity leading in from Castle Street. A similar project could be mirrored for Balloonagh Convent which would regenerate Pembroke Street. These are exactly the sorts of proposals that ‘Slainte Care’ encourage to support the elderly within a community setting.”

“We should aim at maximising the use of existing space through focused, ambitious planning. We don’t want the sort of sporadic expansion that has led to a high level of under-utilised brownfield sites. Unused properties and lands currently lying idle in the urban centre should be earmarked for significant redevelopment or demolition, whichever is most appropriate.” 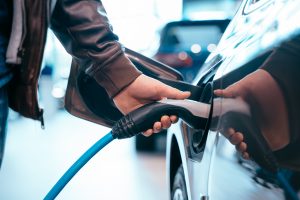 “Clash and Monavally Industrial Estates are two prime examples of sites that need attention. Former plans and strategies to revitalise them for high-tech industries haven’t been followed through on and they are suffering from a lack of identity, no landscaping, zero investment and significant deterioration. The local authority needs to revisit the out-of-date planning and zoning laws relating to these premises.”

Transportation and Access are other key areas addressed in the Chamber’s submission. It supports strategic, sustainable transport projects. Their proposal includes an expansive Urban Electric Public Bus system for Tralee that integrates with MTU, Manor West and the town centre.

“We want to see liveable communities with a lower reliance on the private car. This will mean a cultural shift over time. Compact growth involves putting employment hubs close to high density residential areas, reducing the need to commute. Public transport systems should link up with key areas in Tralee but also with neighbouring towns and villages. The transport system should be capable of leveraging off existing and planned greenways. Better and safer passageways for cyclists and walkers will is make Kerry towns far more attractive to visitors and it will encourage sustainable tourism.”

Kerry Airport in Farranfore sits between Tralee, Killorglin and Killarney, the knowledge Triangle Area, and needs an integrated logistics model that links public transport to the airport and surrounding towns, according to the Chamber’s submission.

“We would support the relocation of the Farranfore railway station so that it’s adjacent to the airport. We’d also like to see a new bus terminal for the airport and the development of commercial freight transport too.” 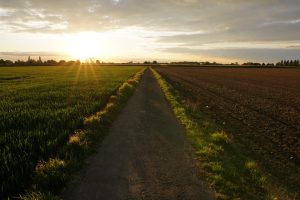 “We also see great potential for Fenit as an important port and the Department of Transport has recognised this too. With the Tralee-Fenit greenway, opportunities for its growth have broadened beyond fishing, shipping and leisure. With further investment, Fenit could be a great tourism and educational asset.”

Other areas singled out as tourism hotspots that would benefit from investment include the canal area of Tralee, from the basin to the lock gates, Blennerville Windmill and out beyond Reen Point, The Tralee Bay Wetlands Centre, the Town Park and the Aquadome. The Chamber also want to see the 2000 Lee Valley Masterplan, an extensive scoping study produced by Tourism Development Ireland in association Ferguson Mcllveen, and subsequently endorsed by the Tralee Town Council in 2009, included in the current County Development Plan. They also see potential in acquiring and re-zoning the former John Woods Quarry site in Ballymacelligot and redeveloping it as an activity and recreational facility.

On the industrial and environmental challenges faced by the county, Tralee Chamber insists any future plans must be underpinned by a commitment to sustainable development within environmental limits.

By 2030, sales of new fossil fuel cars will cease. The Chamber wants to see all public carparks, public visitor attractions and amenity spaces in the county future-proofed to accommodate electric vehicles before the end of the Development Plan’s 2028 timeline.

“The goal is for a low carbon society. We want clean transport, good air and water quality and sustainable waste management. These should be a priority. To achieve this we need to be resource-efficient. Environmental factors are changing. We have seen parts of Kerry flooded in the past. We believe Kerry County Council should work proactively with Irish Water to ensure this doesn’t happen again.”

Finally, waterways form an integral part of the tourism infrastructure in Kerry. The Chamber believes the current levels of investment in these areas needs to be addressed.

“Tralee has a huge advantage in being a large urban centre situated on the sea. The current County Development Plan should reflect this advantage. We have a real opportunity to bring about change now. Let’s embrace it.”

Shopping online from the UK after Brexit

Sean Taaffe Does It Again!

A Run Away Success Story Despite Difficult Times